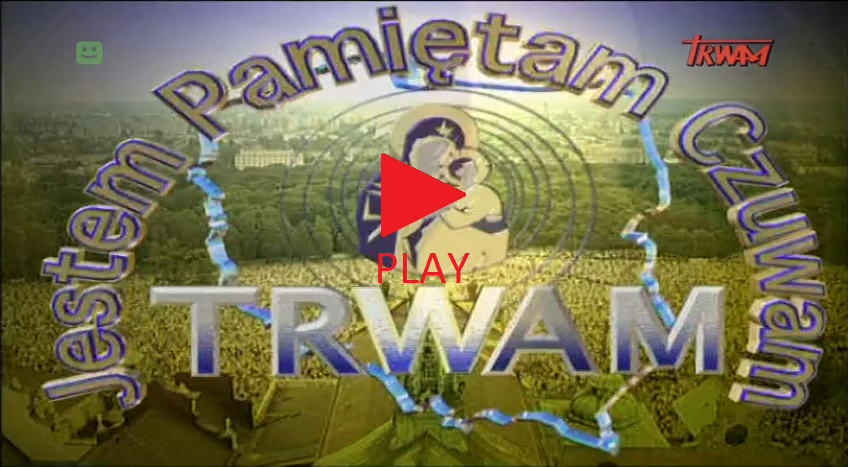 (TRWAM LIVE will open in a New Window)

The station has its television studios in Toruń and Warsaw. The television studio is the second largest in the country (over 700 sq m). TV Trwam received its license on 13 February 2003 and launched its terrestrial broadcast on 13 May 2003 as well as regular broadcasting via satellite.